Archive
Return to Index Read Responses
I have built a few of them.......... *PIC*
In Response To: Accurate Miniatures Corvette kits,anyone built one?,I vaguely recall fit problems that meant the carbs & other bits had to be installed after the chassis/engine was put with the body shell, anyone got any tips? seems o/k so far but am close to engine/frame/body stage....lol. *NM* ()

I own none of them any longer. I was doing work for AM as we both were located in Charlotte at the time and I knew Bob Johnson from his yeas at Monogram. I built display versions and a few to give away.

The very first run of kits had some fit issues that were quickly corrected. If you have a very first run.....you may encounter some issues around chassis build up. As for the carbs, leaving off the driver side until final assembly will just make your life much easier. See photo.....there is a photo etch bracket that can get in the way IIRC and thus after I built one I left the carbs off until assembled. Other wise all good. The PE grille vent on the white car is a bit difficult but not impossible. 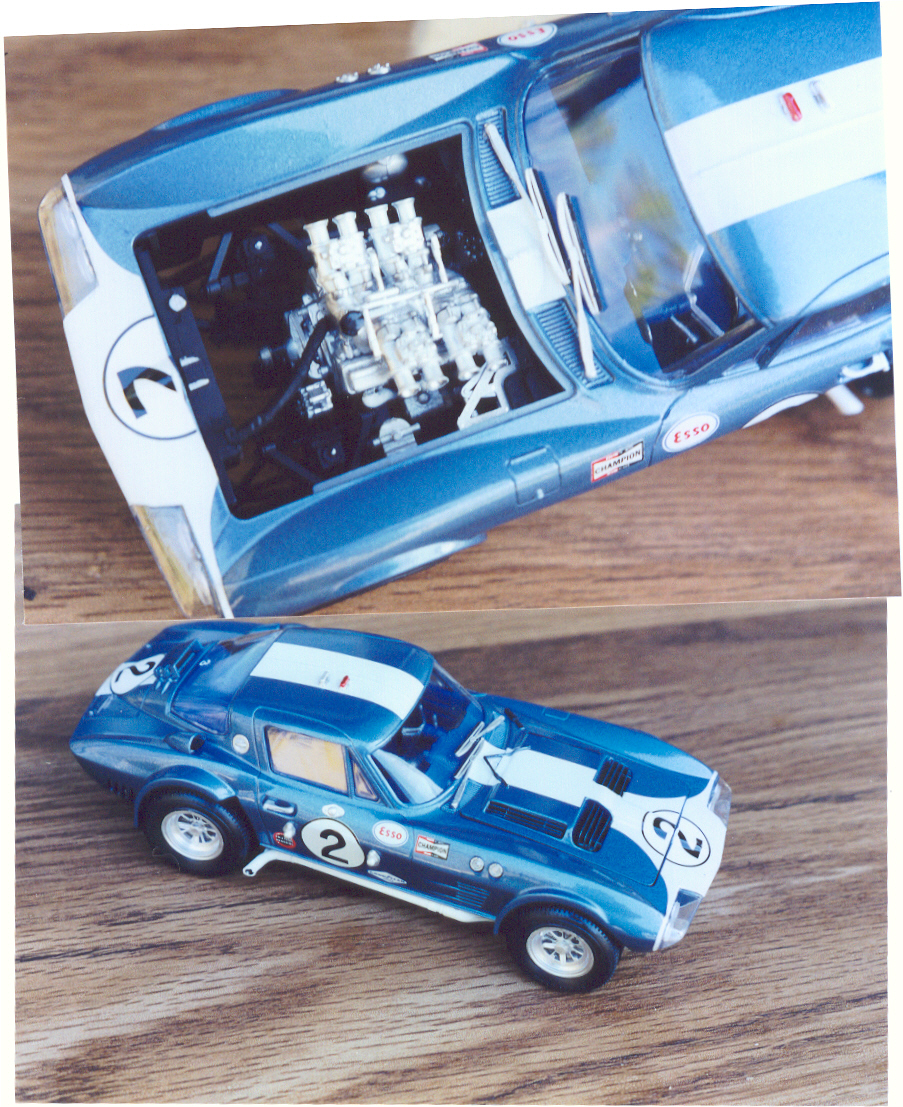