Hi everyone! I am about to embark on a restoration project. Back in college, '87-'88, I built one of Fujimi's Enthusiast Series Porsche 911 Carrera Cabriolet kit for my then girlfriend, Sara. Well, as life goes, we broke up at the end of the year but reconnected years later on Facebook and we're both happily married to other people with children and all that. As it happens, she mentioned that she found the old "Pink Porsche" when going through some of her old stuff and asked me if I could fix it up for her. I said sure, send it over whenever you get a chance. It arrived in fairly good shape, still in the display case I put it in all those years ago. I spent an evening disassembling the beast with just an Xacto knife and it came apart surprisingly well. When I asked her what colors she would like, she decided on a metallic purple, with a grey interior. I immediately thought of Testors' Purplicious so that part will be set. Now, a question: since I will be rebuilding this model, I obviously will make it much better than that 22 year old kid that first built it back in '87. I want to make it look as factory correct as possible and am trying to find what the factory correct undercarriage would look like. Can any of you guys point me in a good direction for details? I've found several online that show years of grunge and I just want to see how they built and finished them back in the mid-80's. Was the floorpan painted body color or some sort of coating applied? Thanks for any help you can provide! Here are a couple pictures of what I started with. Looking at it I think I used a can of Krylon pink paint and it looks like I hand painted most of the rest of the parts. Hand painted black trim (eek) and I'm not sure what glue I used back then but there was lots of amber-colored glue used liberally throughout the model. Definitely will improve on my techniques from 35 years ago! Lol! I actually have the Speedster version of the same kit and am debating whether I would just start with the fresh kit and build it and add the Cabrio specific parts to finish it off. I can use the old parts to do the Speedster at a later time. So what do y'all think? 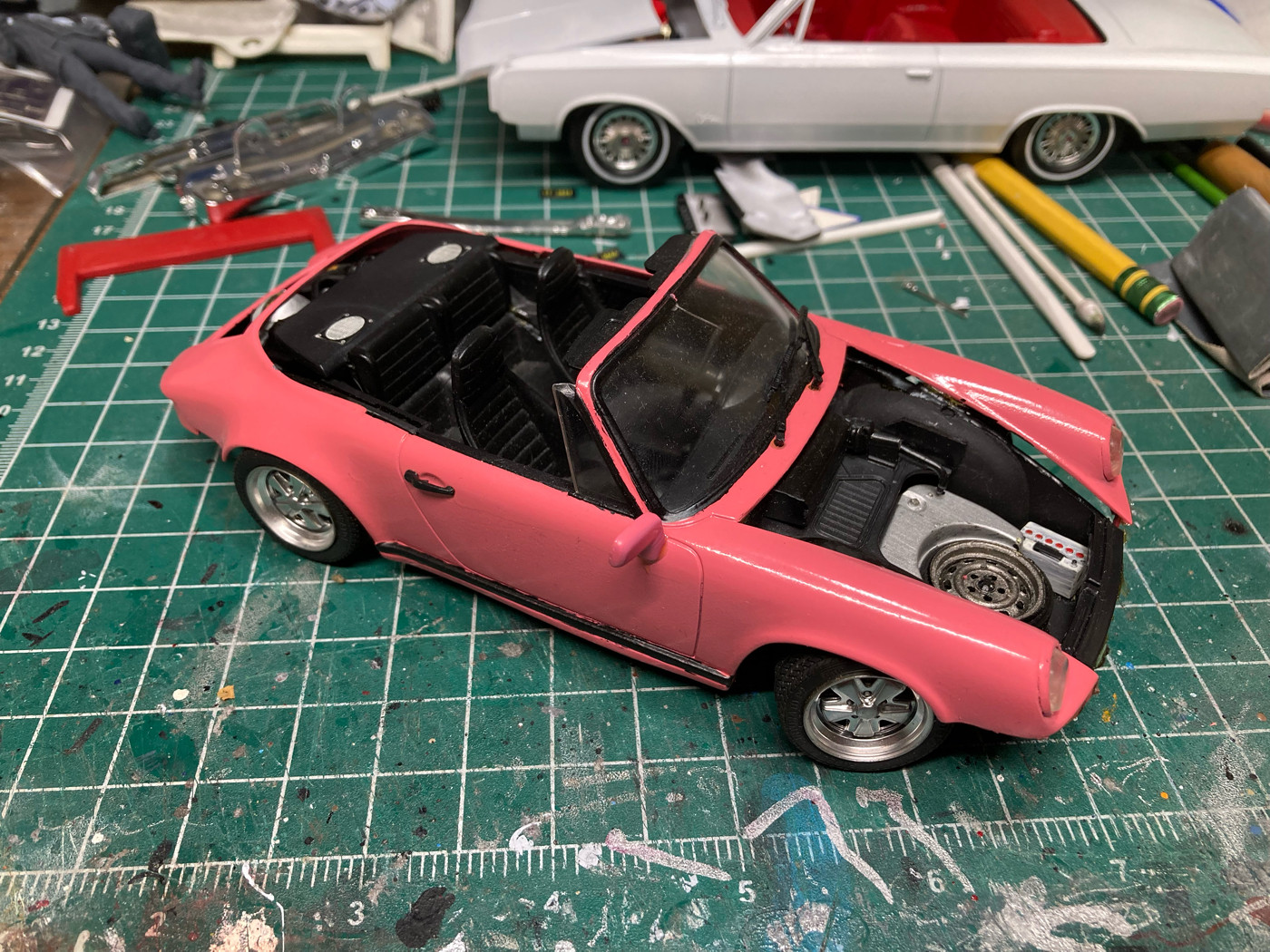 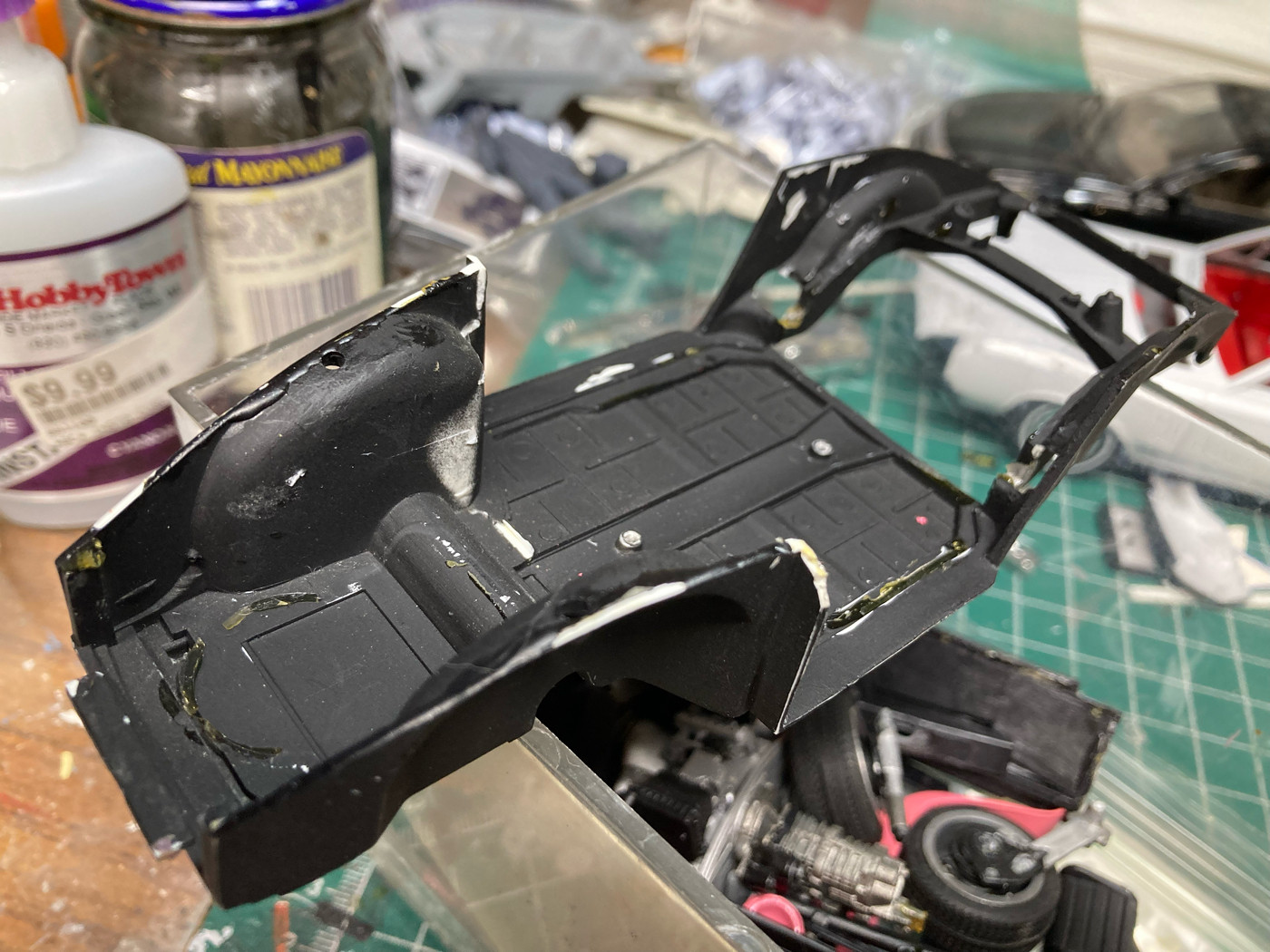 Thanks for looking!
Bob Kremer