I actually spent a college summer back in the later '60s driving one of those smallish '50s era Clark lift trucks in a fence company yard. Those lift trucks were unsprung and the fence yard unpaved, so the vehicle could easily bounce and tip if driven recklessly over small pot-holes. etc. Being the young and somewhat stupid guy that I was, I had an incident where I 'bicycled' the fork lift to the extent that it could easily have gone either way. If it had tipped over, I certainly would have been fired from my summer job, but after what seemed an interminable amount of frightening time, it dropped back on all fours, and nobody (but my under-ware) was any the wiser.
Although it isn't stated, both the Clark and Toyota fork lift promos seem to be around 1/25 scale or so., and the larger British Conveyancer fork-lift promo (by Victory models) is stated as 1/14 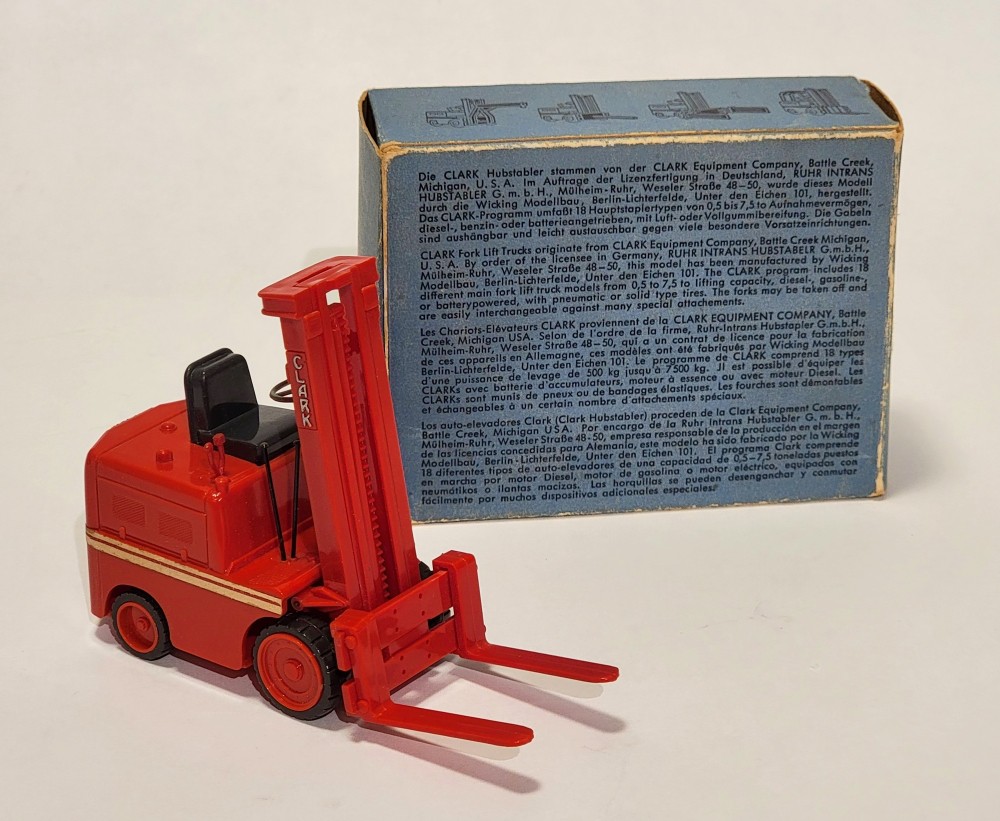 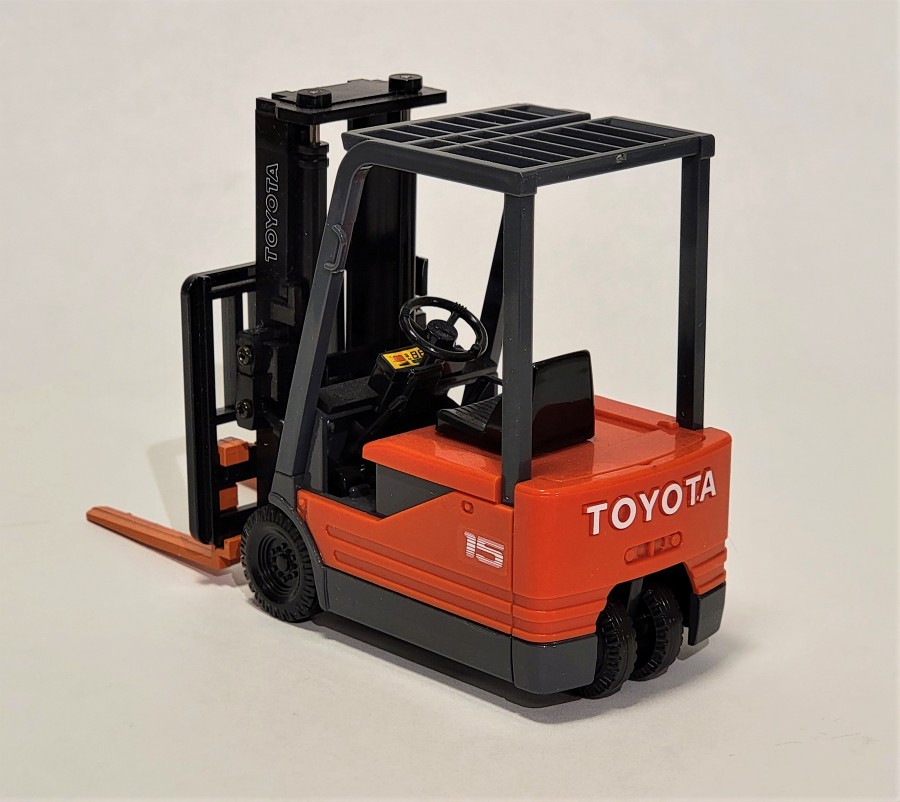