Archive
Return to Index Read Responses
I'm hoping anyone into vintage drag racing might be able to help me out. My friend John Teresi asked me about making up some 1/12th scale decals, and I'm having a hard time finding info on one sponsor decal. *PIC*

John is going to be building a 1/12th scale version of the Ohio George Montgomery's Multi Maverick car, and I've found all the sponsor decals, and can make up all the lettering on the car, but on one of the sponsors on the rear fender I can't find much info on it. I have the Jan 1971 Hot Rod magazine with pics of the car, and it says the car was painted by "The Vette Shop" and I can make out on the car that it says " Paint By The Vette Shop" but there is some small writing below it and something written below that. I've scanned the magazine pics, but when I try zooming in they get too pixelated to read. I've tried doing some research on the internet, and found a "Vette Shop" that was in Detroit, MI in the late sixties, and another shop in Pipersville, PA, but not sure either one of them is the right shop. I can probably make something up that will look close, but would like to see if I can find the correct info. From the research I've found so far, I believe Ohio George had his shop in Dayton, OH around the time he had this car, but that's all I know. None of his other cars around that time seemed to have the logo on any of them. There doesn't seem to be too many pics of the car, since he only ran the car 1 time that I found online. I'm hoping maybe someone on here knows about The Vette Shop, or knows of a good pic of the car. Thanks.
Steve A. 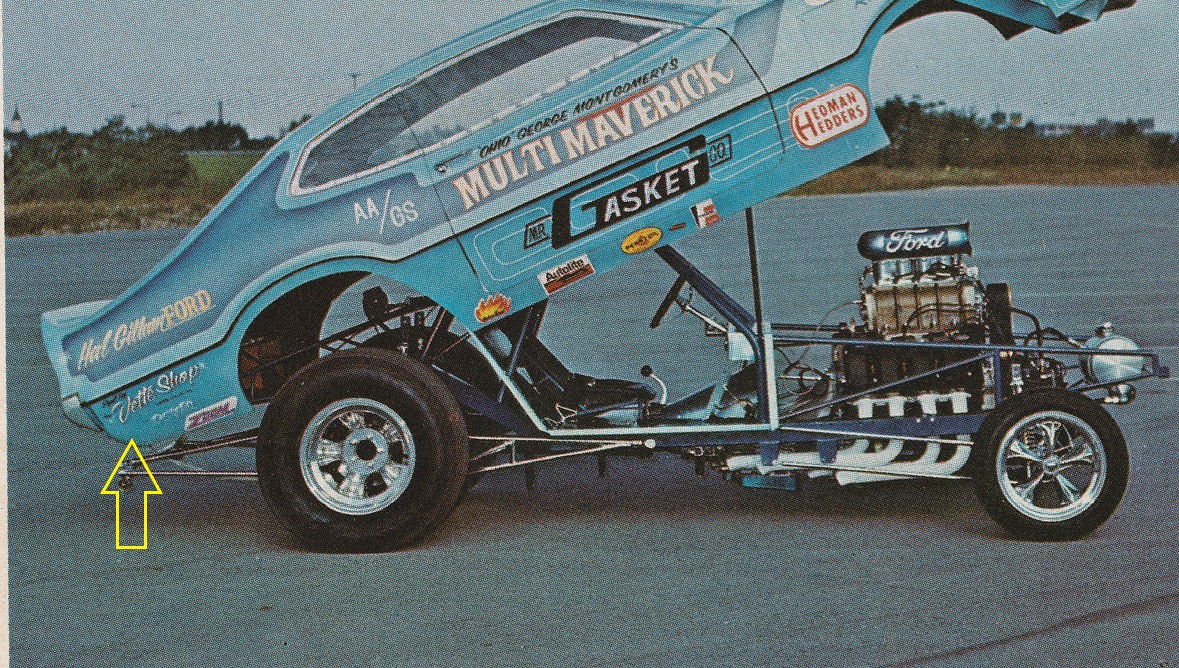