I have decided to do an Overhaulin' or Garage Squad type resto of this old '39 Chevy I built back around 1985 or '86, when I was 15 or so. It is painted with 80's era Testors "New Car Colors" paint. I believe the color was Black Cherry with a clear coat. Over time, it seemed to have yellowed a bit and is almost more brownish now. It also has a lot of dated stuff like the American Racing Champ wheels, fad van-like seats and I added felt carpet mats and wood pieces on the door panels for some reason. Even right after I built it, I was kind of annoyed with it. It wasn't bad, it just didn't do anything for me. It sat in the box for years, and I thought about redoing a number of times, but never did. Now I will have a little bit of time at Christmas, so I think I will finally do something with it. I will keep the paint, it's not too bad, there are a few blemishes I will polish out. The problem is I don't know which direction I will go with it, so I have narrowed it down to 2 choices and would like input from my fellow modellers! So here are the options:

Option B:
60's gasser, same American 5 spoke wheels on slicks and skinny fronts, gasser stance, already has a straight axle (would raise it up a bit and the rear too), switch out rear end for something more heavy duty.Traction bars,283/4speed from a Monogram '57 Corvette with Hilborn injection and homemade fenderwell headers. Drag seats, simple rollbar. Not sure if the color is great for this option, but I would add some lettering, numbers and sponsor logos.

I also have 2 or 3 of these unbuilt. So I could build whatever version I don't do here with one of those. If you would like to share your opinion, just put A or B and any comments in the subject box. 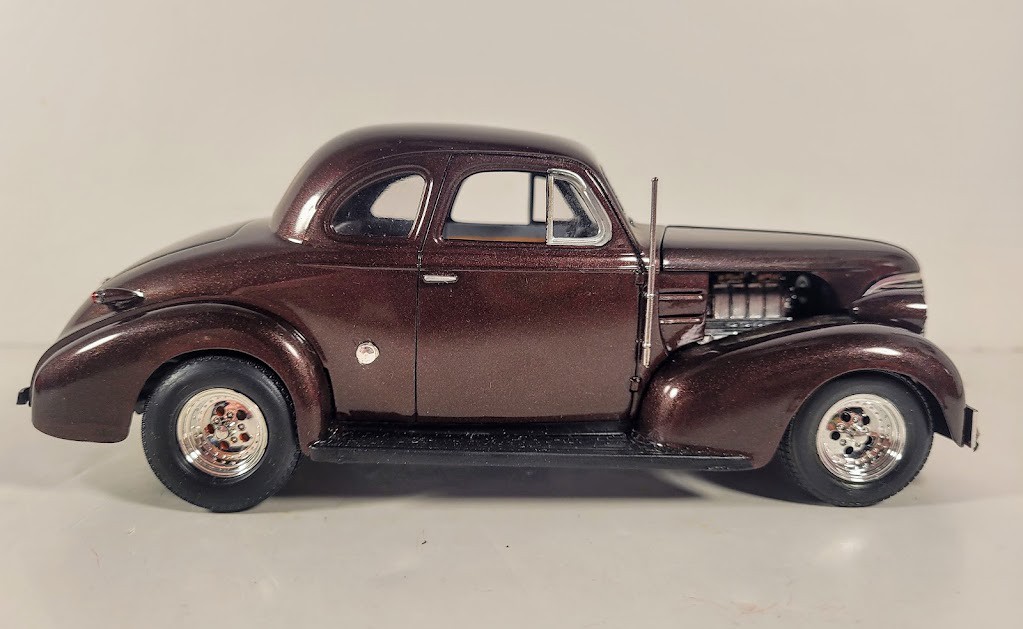 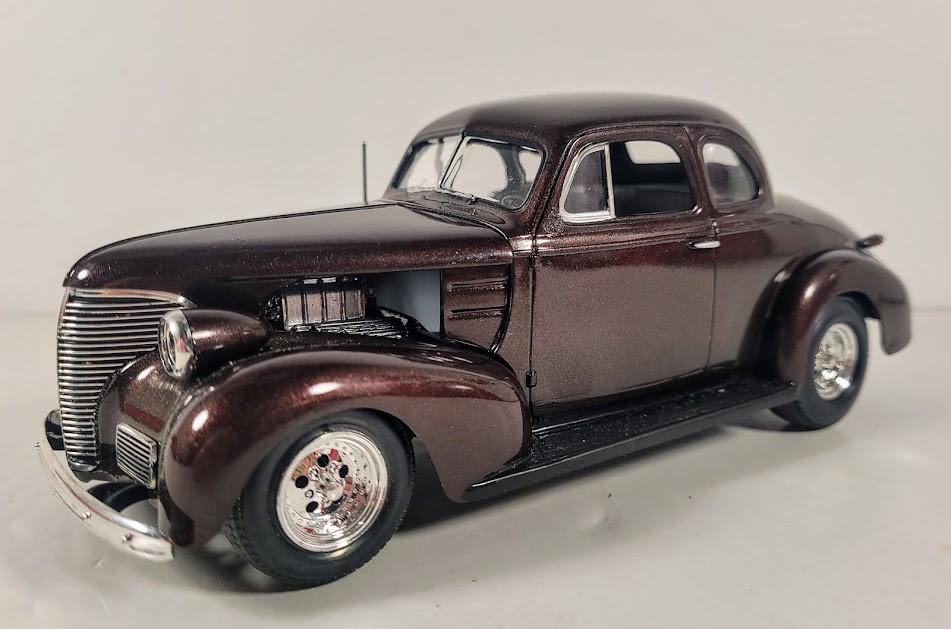