Archive
Return to Index Read Responses
I went to the Shutterbug show in Portland, IN yesterday. I has a good time. I met some guys from the Midwest Scale Modelers. Some of them were from Wisconsin. I talked a lot to Kevin Koch. I talked to his wife Karen too. They were super. Kevin gave ........... *PICS* .......

gave me a lot of advice.

I got there an hour early on purpose to hopefully find some good deals before they were snapped up. The second vendor table that I walked up to had 2 models, both builders that I've been looking for for a really long time but could never afford them the few times I would ever find them for sale. I bought both and I had $10.00 left of the money that I took for the show. Within 10 minutes I was done buying.

I took my wrecked Charger and entered it into the small diorama category. There were 301 total entries in the show. They gave out plaques for Bronze, Silver and Gold for each category. Trophies went to "Best" awards. I got a Silver plaque for my diorama.

Finding the builder cars and getting second place made my day.

I took a ton of pics for you guys to look at and I'll post them a little while later today. I tried to take a nice variety, so hopefully there will be something for everybody.

1960 Olds 98 complete and never painted. The chrome was stripped off of the bumpers and the taillights. It came with a set of resin chrome plated wheel covers, resin interior tub, resin dash and an extra front bumper. 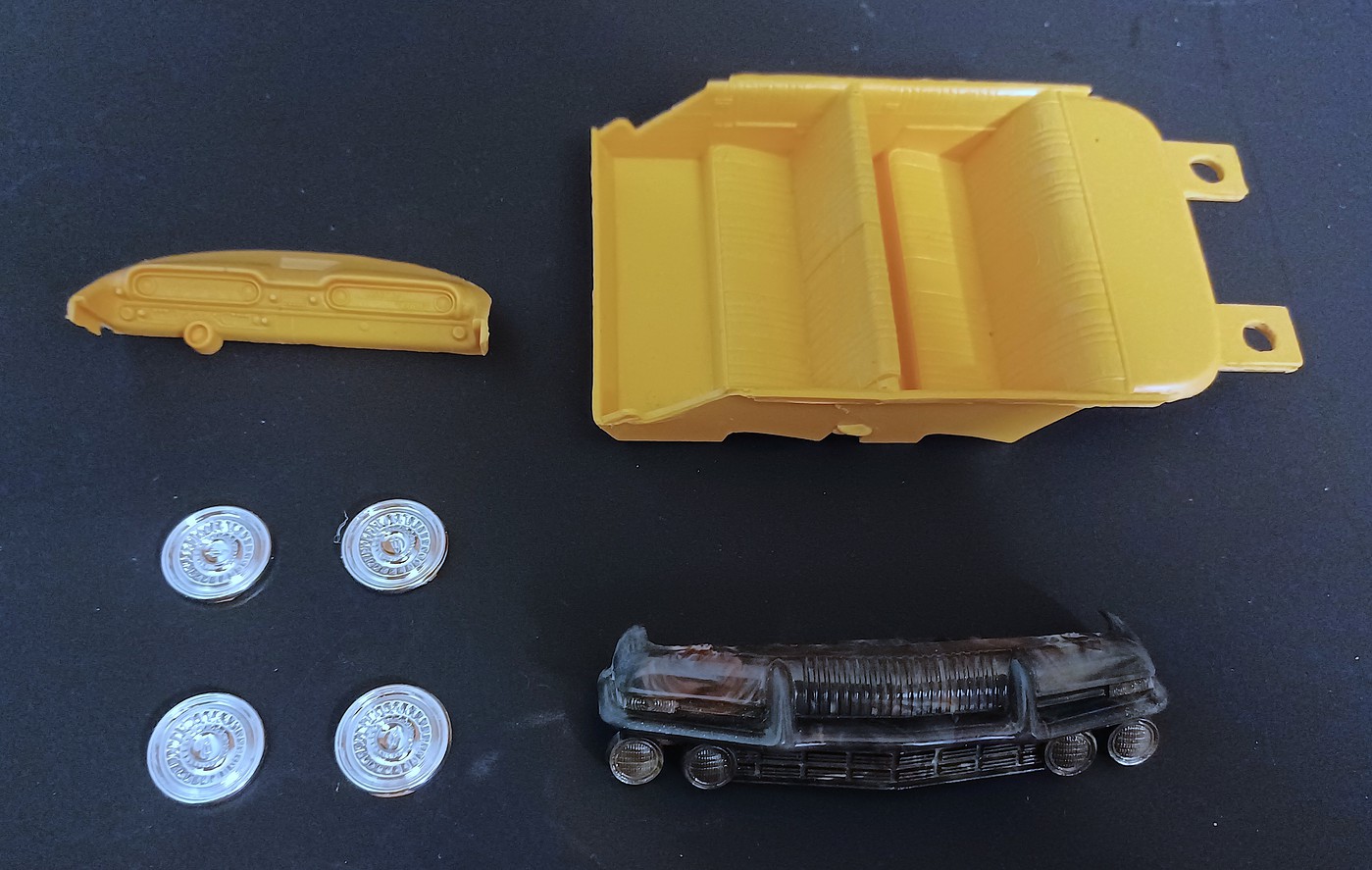 I also got, from the same guy, this 1966 Skylark. Beautiful body except for a couple of very shallow sink marks in the rear of the roof from too much glue from the top of the rear window. Newly chromed bumpers and the taillights. The interior is complete but it needs a little work and the seats and console are NOT coming out.......bummer. The chassis is wasted but that's OK because I'll put a Revell 1967 Chevelle chassis under it. I have a 1966 Wildcat engine, so, all that I need to do is make the glass from sheet, that'll be easy.