I built this Camaro as a replica of a late, life long friends car. He bought it in 73 and and kept it for 35 + years
before running into hard times and selling.I was riding with him one night when it was totaled per insurance company ,more damage than
its value, but he kept it and put back on the road.
Later he restored it to what the model looks like.I removed the Z/28 emblems from the AMT kit and still need to fabricate the side lights .
The side markers were so light on the model the paint covered them.Paint is Scalefinishes Corvette Bronze
The 302 fender scripts I made by cutting apart 350 and 327 photo etch parts.This was tedious and did not turn out as well as I liked.
I simply call it John's Camaro.I also new the original owner and yes they did come from the factory with out Z/28 emblems.
Just a 302 Camaro. 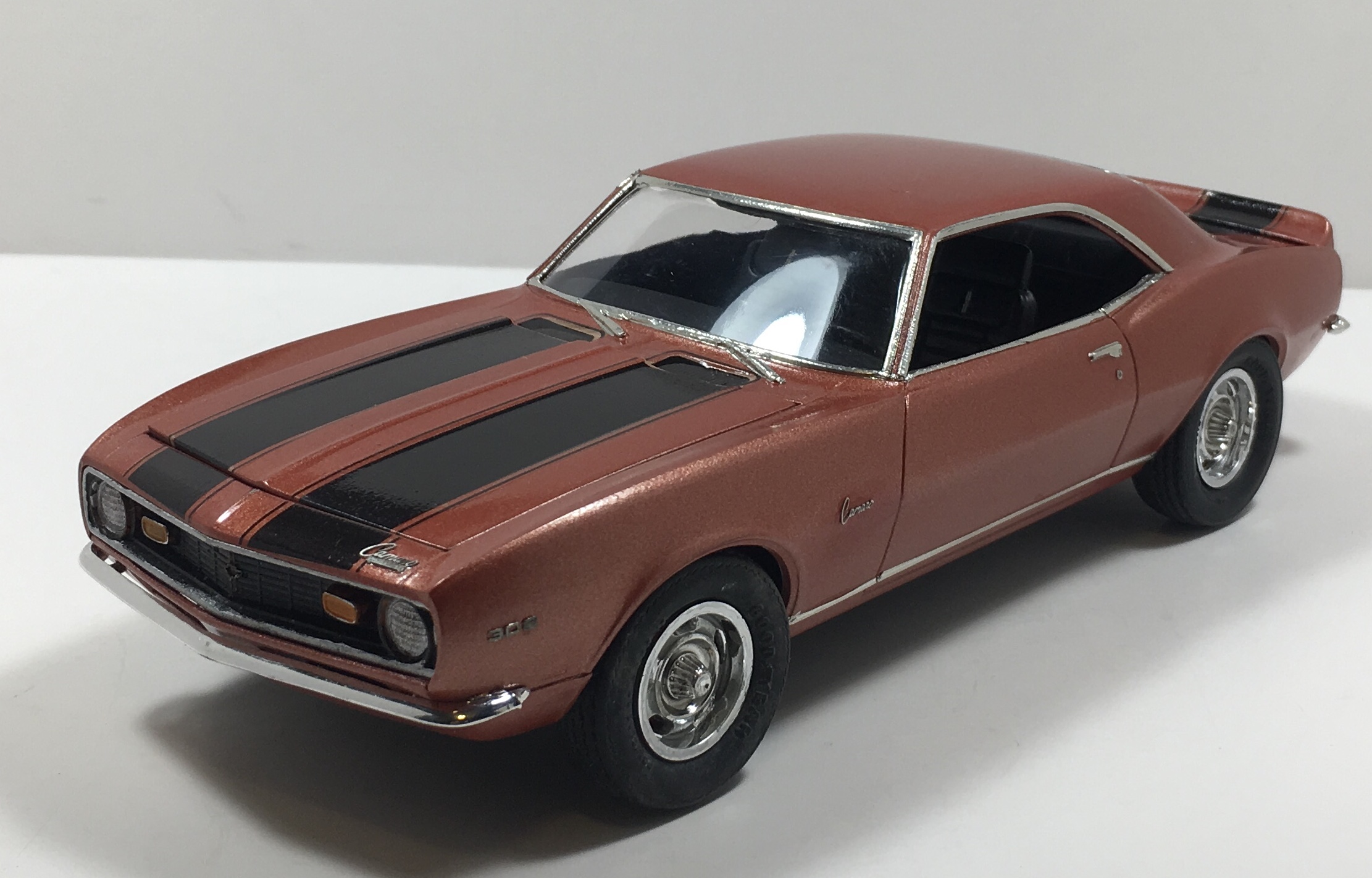 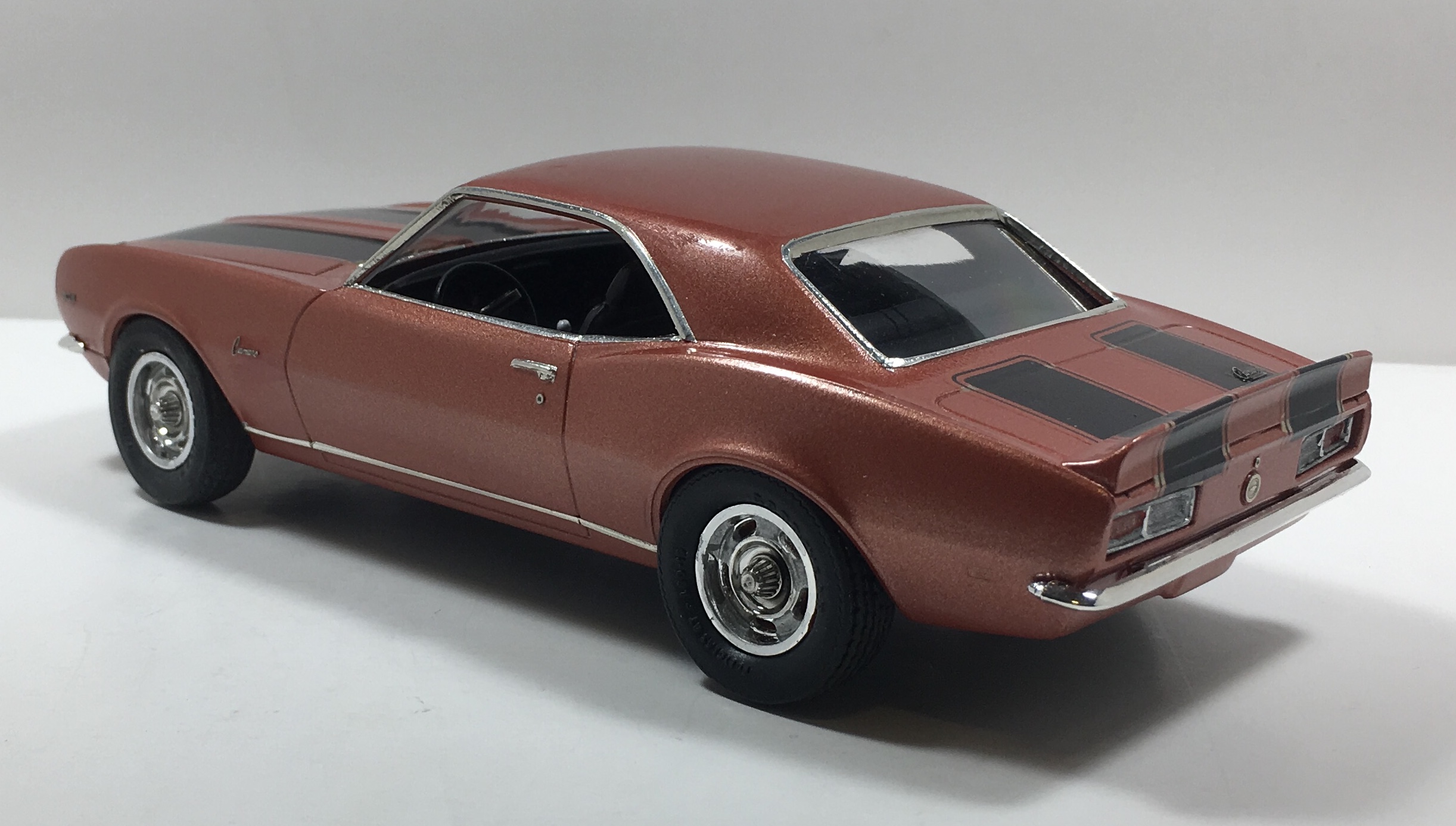